So I received this:

Is this is how it's going to be? is this how veteran, loyal and supporting players from a country that was allowed in the EU server and had the RIGHT to be there as the European countries?

"due to not having the rights."

What the heck? why the EU server had rights before the migration, and then just *POOF*!! no rights left after the new crew took over? RACIST much? LAZY much? Screwed up much? Not admitting forgetting some countries much? Costing you money more than the income? (EVEN THOUGH I know this is impossible due to knowing that there is one player that purchases as much NX cash as 10 random other players do, monthly)

So please, cut the crap, get the damn rights back, yes... I might be unaware of what those rights are, but I do KNOW! that the rights were here for the past 6 years, the rights remained for Israel after blocking some countries...

(https://forum.nexoneu.com/showthread.php?870141-Notice-NEXON-Europe’s-Official-Game-Service-Region-List)
(And I don't even see Israel in the other games' Block list!!)

...which seems to me that Israel is not a problem, It seems to me, and to everyone else that you SUCK at your job with providing a proper service, the damn service that you took newly as the EU server players got the impression that it'll be better for all!

We didn't even get informed that some countries might be wiped out of the server, which also shows that you screwed up pretty bad with the migration!!

Israel... Israel was always a part of Nexon EU, we israelis belong to EU, we played, play and will play our games with our fellow europeans and the rest of the westerns....

Israel, should be within the new services without any questioning, as it always was.

Israel, got many loyal and Vindictus loving players that do not accept what the megration have done to them.

Israeli players, demand unblocking the country so they can continue playing the game with other players, friends and guild mates.

It's not planned? It wasn't expected to have Israel in? You tralala'd up? Not our problem, we do not deserve to pay the price for your communicating and information receiving failures with the previous staff. 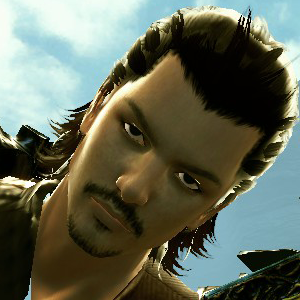