Rise - Where did the fun go?

Actually getting to yanno, fight things.

Engage in combat? Dodge because I NEEDED to, right? Find space to drink potions, and recover. ACTUALLY PUT THE BAREST BIT OF EFFORT INTO FIGHTING? Because yanno, I couldn't just facetank every. Single. Living thing. By myself. As an unfunded, under equipped noob, expecting to win a contest of DPS against a 50 foot tall lightning spitting earth dragon that can knock me over by *breathing* too hard.

For some sick, twisted reason, someone at devcat had this BRILLIANT idea, right. That every single boss in the game up until roughly level 90 should have about 1/100th of the HP they had before. That it's *fun* to get into a fight with a TOWERING REINCARNATED YETI ZOMBIE, and then kill it in two full combos (barring crits! God help that creature if you score even ONE crit on those smashes.) That it's enjoyable, engaging and most importantly FULFILLING as a player to just obliterate these massive beast with really no effort at all and for basically just as much reward.

This game originally attracted me with it's promises of rewarding skill. When I fought Lionotus with my friend earlier this week, it took us almost 30 minutes to kill the guy between the two of us. We were only barely at his level, sporting the 60 gear they give you prior, mostly unenhanced other than our weapons. The boss was vicious, fast, *unforgiving* compared to what we had fought getting there. And when we FINALLY brought Lionotus (and his jock riding shaman friend) down? It felt great. We put in EFFORT, TIME, and some amount of skill. And using this formula, we had found an enriching and fulfilling experience from that fight.

What about this new system facilitates or encourages new players to be good? What growth is anyone going to see with these tiny, 10 second long encounters that do NOTHING to help you learn your character's individual strengths and weaknesses? Why bother learning the difference between Meteor Swarm or Reverse Gravity as an Evie now? Who cares if one is strictly better for most situations. For 1000 SP, you too will instantly kill the boss, his mooks, and his close relatives without any of that pesky seditious "thinking" you might have done prior! Doesn't that make you feel good gamer? You sure killed that big mean nasty guy real good. Maybe the next big bad guy will actually get a chance to throw a singular hit in your general direction before you turn him inside out WITH ONE SPELL.

The way things are now, no one is going to get any enjoyment out of the game. Veterans are going to quit out of unadulterated boredom, and new players are going to laugh at this mockery of what was advertised as a "skill based MMORPG." I don't know how devcat has managed it, but congratulations are definitely in order. They've managed to alienate every single potential fanbase this update could've attracted to the game. Good job guys! 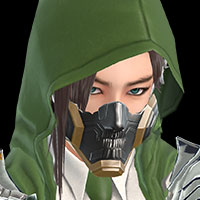