To people complaining about RNG and population

Vindictus Rep: 760
Posts: 21
Member
March 18, 2017 in General Discussion
Vindictus is known for its soul-crushing RNG and will most likely remain so until it closes down. The developers know exactly what they are doing and who their target audience is, otherwise they would have revamped the gear destruction part of enchanting/enhancing system years ago. Now, I have nothing against BDO, BnS, Tera, or whatever MMORPG people are playing these days, but Vindictus has its niche and it remains online because a lot of people enjoy the game.

Getting 70 gold medals in Ein Lacher is too hard? No worries, aim for silver until you get better.

Getting basic gear is too hard? Uninstall because Vindictus is clearly not for you.

Asians like RNG and are more willing to spend money on games while the Westerners are the opposite. I'm not talking about one-off purchases such as buying a copy of GTA5 at your local game store, I'm talking about cosmetics and gear. South Korea has a population of 50 million, while USA has a population of 300 million. We all know which Vindictus server is more populated and where Nexon makes the most money. Part of the reason why NA has so few Vindictus players is because of NexonNA, but that discussion is for another day. I don't know about everyone's experience, but my Asian friends almost prefer to gamble for virtual clothes than purchasing physical clothes, food, tech or something that is tangible. Well over half of my Asian friends that regularly play Vindictus have spent over $1000, a few have spent over $10000. On the other hand, all my Caucasian/Black friends spend very judiciously or only buy items that don't involve gachapons such as hair. If Nexon was losing enough players to be of a concern, they would have given players what they wanted (debatable). Vote with your wallet, but as far as Nexon can tell, their Vindictus players want more gachapons as the recently released Regina Outfitter was gachapon only.

Regarding level 95 gear and their stats, I don't understand why people complain.

So at the end of the day, ask yourself, "Is Vindictus giving you hell?"

If it isn't, keep enjoying the game.

If it is, play a different game. Stop trying to change the core elements of Vindictus, play it for what it is and enjoy what it offers. Just because you hate a certain aspect of the game doesn't mean everyone else does (there are exceptions). After all, nobody is forcing you to play Vindictus. 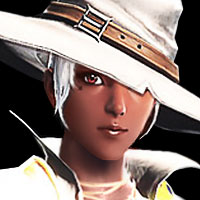 «123»
This discussion has been closed.
Follow us on
Language
English