Vindictus Rep: 5,175
Posts: 665
Member
June 13, 2020 edited July 4, 2021 in Battle Quests and Guides
Information in this guide is outdated but left for historical purposes. See this guide for the latest:
https://forums.vindictus.nexon.net/discussion/18799/in-depth-new-player-gearing-guide-2021
---
PART 1
Unlocking Raids

Drops: Rank 8 Enchant Scrolls. Lots of AP. Level 70 to 80 gear, which can be sold or dismantled into Spirit Magic Powder.
Note:Druid is efficient if you can clear quickly. Annwyn battles drop more equips. Lakoria, Havan, and Pantheum are fast with mediocre scrolls. Lavasat and Kraken are slow with good scrolls. Juggernaut and Iset are not recommended.

If you wish to invest into an expertise for dismantling, here's a short guide:
Royal Army Raids
Drops: Mysterious Shards, the most valuable single material in the game. Materials for Accessory Enhancement and Material Synthesis. AP Capsules. 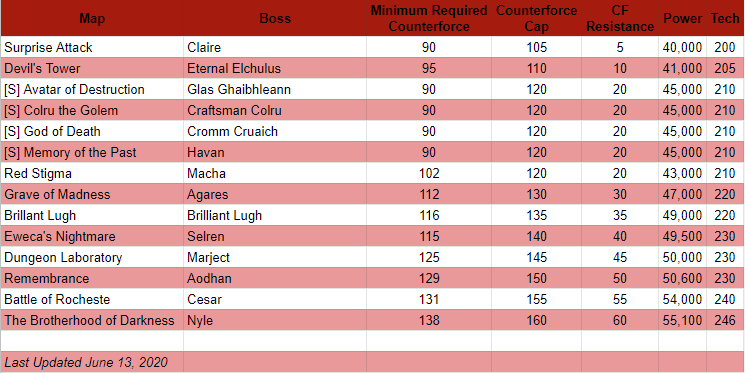 CREDITS
Mad props to Florrick for everything math-related and more.
Credits to Rumble for providing lots of info.
Credits to Venerator and Zubine for editing.
Mad props to Submersed for the initial guide.
For questions or feedback, feel free to post here