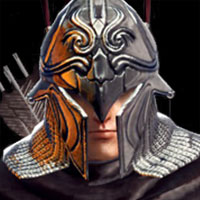 Vindictus Rep: 420
Posts: 29
Member
July 27, 2017 edited July 27, 2017 in General Discussion
I wanted to remind all of you that this Event, is not one of the Events I was referring to in my last post. This current event was stated for release prior to Rise being released. This event was created to keep the Level 90 players interested in the game – a rather lame attempt, I think. So I want all of you to show the Level 90 players a bit of compassion – they're going to be extremely depressed for the next four weeks. In the Pacific Northwest, where I reside, Summer begins on June 21st and extends deep into October, it is called an Indian Summer. Our event will come in September, wait for it.

As for this event, there is or are a few items you might want to log on for, like the weekend enticements, like a 7 day VIP or a 1000 AP capsule, I expect everyone to show up for those items, you can pick up another 40 Goddess Graces, through the Goddess Fragment Shards event. Other than that, I don't see much reason to play the game until September, unless you are in need of AP, then you're going to want to get a VIP to increase the volume of AP, since many of the maps in Colhen have had their AP increased to 50 AP. However, since no new content arrived with this Update, there are no battles worth logging on for. It is all about the Grind now.

This next section is for Her Majesty, the Director.

I read a quote from a post of the forum where an individual asked “Why would anyone want to play on more than one server?” The answer is to maximize the experience of the game in the creation of various characters. “It's what we do.” I personally have 12 characters with this account.

Now that I've barred my eccentric soul to the forum; I thought it would be nice to see what I have, so instead of pushing items at me that I can't use or have an over-abundance of, you could then choose items that have more bearing on the position of the game, I am currently in. I accomplished that in 1,637 hours. Thanks for the weapons and the uniforms, they came in handy. As you can see I don't have much need for Goddess Graces or most of the other items you are rewarding the Level 90 people with. I simply can't fathom any reason to use any of that stuff.

Maybe now would be a good time for us to discuss what 'solo mercenaries' will do and what they won't do, in relationship to this game. Were you not aware that solo mercenaries don't enchant or enhance? Any items that are used in enchanting or enhancing we're not interested in, those items we believe are for the level 90 players, solely.

I don't use cloth, leather, crystals, additives, pigments, runes, ores, magic powders, Rabi Whistles, Pet Food, we don't have Pets, Pets are the lesser Level 90 players, to shore up their abilities. We don't use Remnants, Phoenix Feathers, Brynn Elixirs, Durability Increase Potions, Stone Catalyst, Unbind Potions, Awaking Potions, Custom Title Coupons, Resenlian's Wings, Enhancement Stones, Magic Elixirs, and the various if not odd assortment of other items I couldn't find a use for. Everything I need to go from level 1 to level 75 fits on the first page of the inventory with space to spare. What we need at this juncture is a filter in the 'option' section that we can use to control what items are automatically pick-up by the character.

We could fix that, make a few changes, clean up some other areas. We need a divergence. A splitting of the game play at the point of the Army Raids being initiated into the story line. Go with the soloists or stay with the troops – choose. Currently soloist don't do any of the Army Raid quests – they are simply ignored, like the Festival, the Sports Arena, anything that requires a group.

Solo mercenaries aren't interested in 'Expertise” training and they don't use the Marketplace.

There is that new content you've been holding on to, now would be a good time to use some of that. We can be portrayed as assassins and spies or we could be Ronin or Freebooters – you could expand the story line quite easily and increase the revenue volume. Create some new cities and and tell a different side to this story.

Miri might be all right with the home crowd in Korea – but over here, she is just another Lynn with a make over. Girls might like it. Doesn't do much for me ;} The game needs four new characters for the expanded content you're going to provide for me. Two females, two males.

I'm sure everyone has an idea about this, unfortunately, mine is the only one that counts. Two women, the first one from South American, weapons - Shield and Spear and/or Shield and Macuahuitl and the other from - well I'm going to let you use that other female character you have been developing in this slot, just make her a bit taller - six feet tall – play around with it. I'm seeing a lot of leather and feather outfits and leather and fur outfits for the ladies. Animal skins are in this year. Knee-high boots. Poison hair-pin daggers, perhaps?

I need some really big male characters, six feet tall, to offset the ladies. I need a Karok size Berserker from Germania, weapons Double-bladed Axes and Swords – instead of uniforms where the character is standing in his cloth underwear, we would like that changed to color-matching leather, depending upon what uniform is being worn. The Protector, six feet tall, Knight Templar, uniform plate mail, weapons Shield and Morning Star or Mace. I want all them to have the ability to go from level 1 to level whatever. However, I want to reduce the number of combat skills that are associated to them, to between 10 and 15 skills.

Do you think Christmas will be too much time? January 2015 3,300 people were playing this game through Steam, this month there are less than 500 people playing this game. You haven't got until Christmas. You need to switch out all of the old worn out mission maps and replace them as well as my new divergent content before the Korean Christmas, if you are to survive corporate downsizing.