A very sensitive topic on controls

Vindictus Rep: 220
Posts: 2
Member
June 13, 2017 in General Discussion
Hi there I was an active EU player before this dumb migration and in a second you will see as to why I think this migration ruined things for me and why it is important for a company to pay attention to small things because it can upset people like me and this way they can lose on potential customers that are willing to pay them for their in game cosmetics lets say regardless let me get to the point.

So when the migration happened I thought cool everyone is going to be playing on one launcher bla bla, but of course as soon as it happened and I logged in I started doing my casual grind in the game (as we all do) and boom what do i find .... new freaking controls that are completely stupid, yes you might say that maybe that is something stupid to "cry" about but seriously they implemented a run and walk option WHAT THE ACTUAL **** WAS THAT ALL ABOUT...... I was completely speechless I tried 100eds of things to try and fix it nothing worked. The reason to why this annoyed me and made me not want to continue playing was because for years I have been use to just pressing W to run and i mean JUST RUN there was no such thing as walking the walking feature was pretty much running in the EU so now from all the skills and buttons that you have to press during battle you gotta try and adapt to freaking running ? Seriously?!?!?! In my opinion that implementation was stupid and still is stupid why on earth would you implement such thing ? To make it more realistic ? Its F*&^ing pixels its not real life the characters wont get tired ..... (obviously not stamina wise) why would you create an extra key for running ? Was it some kind of a breakthrough in one of your business meetings over a skype call, I am truly confused and upset that you would expect so many players from Europe to adapt to something as such... thats like getting a different key board for your pc that you have never used before it will take you some time to get use to typing on it as you use to type on your old one ... My point is i really do not want to adapt to something that you want me to adapt to this game is made for us the players not for you the developers once you have made on option dont go changing it believe you me it can lose on so many potential clients just like that I am a business student (was) and I am sure to know how much a small change in a business that may not be appealing to alot but to some, may lose on the income of the business !

P.S. I know there might be alot of hate but this is my personal point of view and pretty much alot of other people's personal point of view too for sudden changes that are making it more difficult for the veterans of a game rather than leaving it as it was because lets look at it realistically this is about controls not something else. 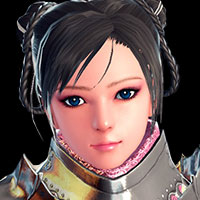