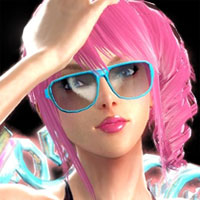 I cant take this game, "game", (or lack there of) anymore.
Partially due to issues I've addressed here forums.vindictus.nexon.net/discussion/360/food-for-thought/p1
The other reason is... well... because its boring. Listless. content dry. redundant. painstaking. taxing. tedious. not-rewarding. insulting. infuriating. frustrating. pointless. fruitless. trivial. I could go on.
Basically any synonym for Unpleasant will do.
I've spent at least $100 or more this year on this account.
I've played over 100 hours or more this year on this account.
I've leveled three characters to level 90.
I've been ranked and active on the server.
I had over 22k MATT on my main. 20k on my first alt and 18k on my second alt.
AND YET.
the cycle of nothingness has taken hold.

I have stuck it out with this game long enough. maybe one day they will announce something so big It reaches me wherever I may be.
however I think there's a more likely chance we as humans will colonize mars tomorrow than this game actually becoming 100% worth it.

You as players have been tugged around by your wallets. You've played countless hours to no avail. The RNG is so gimmicky that you might as well watch a 30 second ad before logging in your so used to the "free to play" bullshit.
NO. Free to play isn't this, Free to play is League of legends (no I don't play that millennial garbage moba .) But they still have over 100million players.
THIS, this is an insult to gamers. And to be perfectly frank the only reason people still play this is to not feel screwed out of their investments.
It'll happen anyway.
So I urge those wise enough to troll the forums.
Leave, while you still have dignity.
because this game is not getting better
It'll never get better.
You've been warned.
I will see to it that this message lives on even after the "Mods" Delete it.
If there is a will there is a way
and if there is a Vindictus
then there's an infinite number of better games you could be playing.
-With love,
Olphena. (See you all in the next life. Hopefully playing Nostalrius