This Time The Erratum Cost Me $ & I Wanna Refund!!

Then i proceeded to go to see Drunky (Fergus) & preform the Enhancement, but when i "tried" to start it, i was told basically i couldnt because the swords are bound to me & considered to because

Yet it says in the description of the Twin-Swords (as you can see per the picture) "Max Enhance Level 20" So why the hell does it say that if it cant be enhanced anymore & how was i able to enhance them to +10 to begin with?!?!?!?! Now ive had problems before with this crap & im tired of it & this time on top of it it cost me "REAL MONEY!" Id like to be contacted by someone from Nexon & either given a GOOD explenation of why im wrong or misunderstood, or id like the points i paid for & used to buy the runes refunded & they can gladly have the runes back in exchange. If not im sorry but i never thought id say this but........If not Im Through With Vindictus & Anything Nexon For Good" Between them (in my opinion & alot of others) ruining the game with that damned Rise update crap & their way of making extra $ by tricking &/or decieving players im tired of this crapolla...... 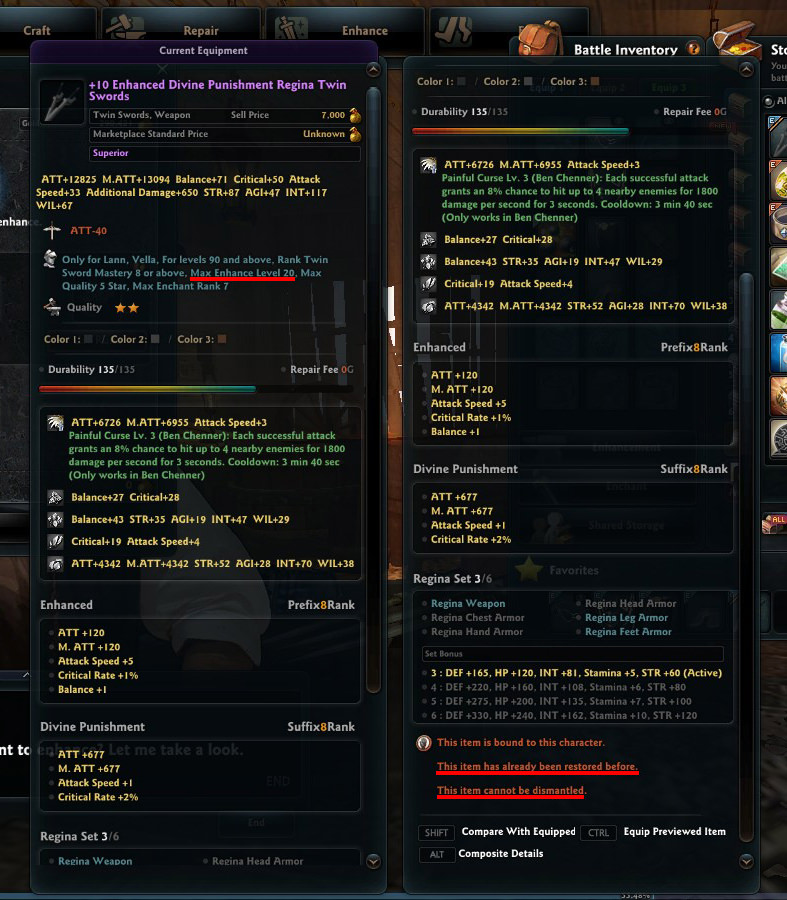 P.S. BTW...erratum means 1. an error in writing or printing. or 2. a statement of an error and its correction inserted, usually on a separate page or slip of paper, in a book or other publication; corrigendum.