So I had to make a thread about this after this happening repeatedly to me.

This is regarding the "Damage contribution reward system" from this "Rise" update, specifically in Royal Army Raids.

Take note of the 4th bullet point that says “Upon dealing less than 1% damage you will receive only 1 evil core.”

And as you can see it clearly states that this damage contribution reward system does not apply to normal battles or Royal Army Raids right?

So if that's the case then why am I seeing this in system chat after a Royal Army Raid? 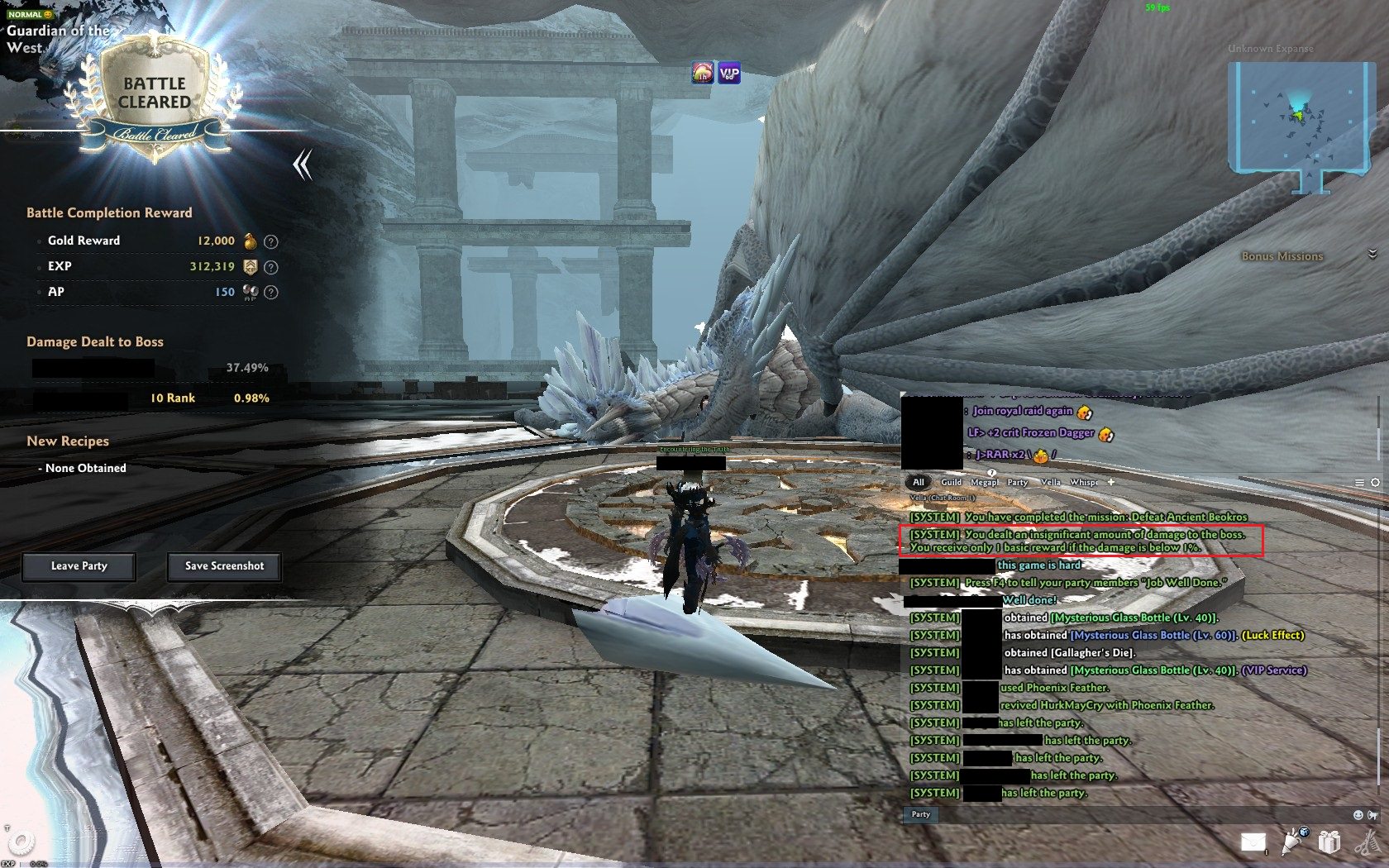 “You dealt an insignificant amount of damage to the boss. You receive only 1 basic reward if the damage is below 1%.”

This is a lie.

If you look at the system chat you see the notification that says I'll only receive one drop because I did less than 1% damage and this is exactly what the "Damage contribution reward" notes state - that you will receive only one drop for less than 1% damage. The same notes that say this won't happen in Royal Army Raids.

The other two drops I received were only because of my LUK (I have 120 LUK) and my VIP that gives an extra drop, otherwise I would just receive one drop.

Now we all know how bad Nexon's servers are and how much lag there is a lot of the time during Royal Army Raids. Lag just complicates everything during a battle and for some of us (like me) that just have the free +10 set to use we aren't able to do much damage as it is and the server lag just makes things even worse.

So Nexon is claiming this "Damage reward system" does not apply to Royal Army Raids but this is NOT true – I’ve just gotten only one drop from the Guardian of the West Royal Army Raid because I didn’t manage to get 1% damage.

You make us play on your laggy servers for Royal Army Raids which makes us do less damage and die more and on top of that we’re being penalized if we don’t get 1% damage in time?

And what this also means is that those doing above 40% are getting extra drops in Royal Army Raids when they shouldn’t be.

Also, if you think this is just a typographical error and that it’s just saying you only get one drop when you don’t, think again. 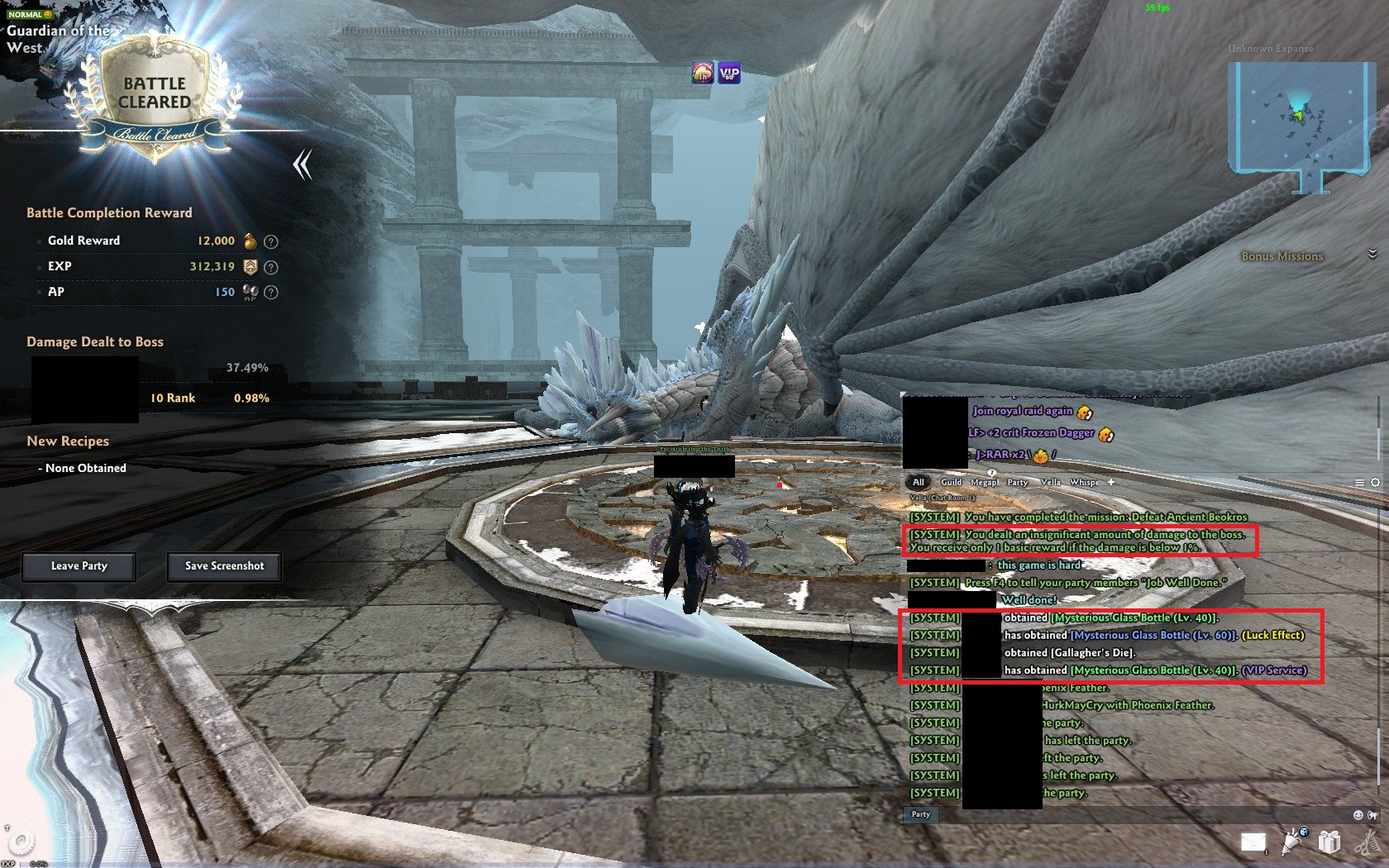 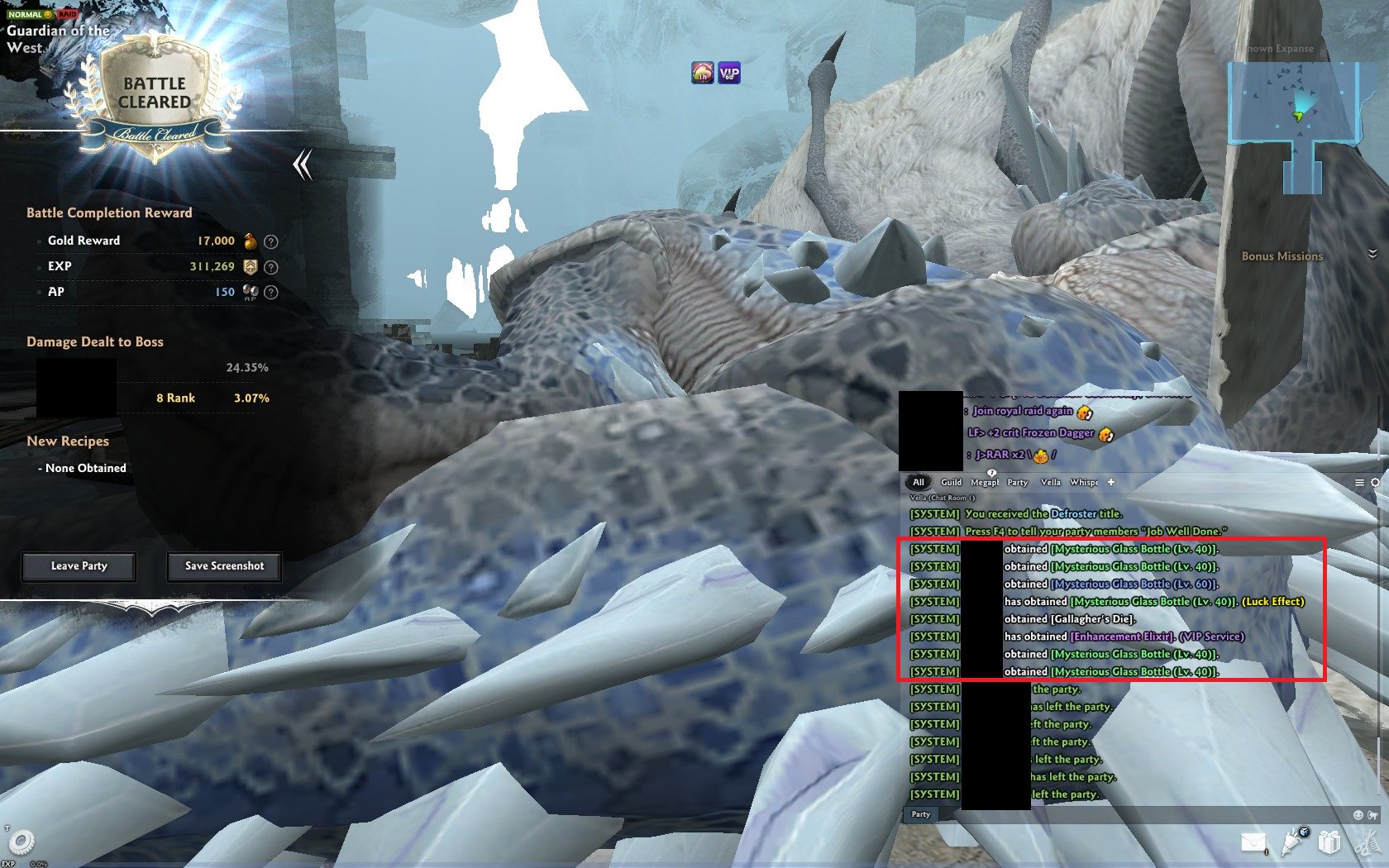