Delia Should Get This 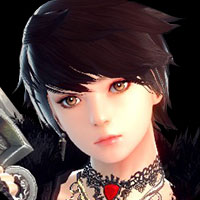 Vindictus Rep: 2,585
Posts: 436
Member
December 28, 2017 edited January 21, 2018 in Suggestions and Feedback
I know, I know, they've probably already designed her second weapon, and I already said I wanted her to use chakram(s)/hoop(s), but I just got this awesome idea...and I just had to share it with my sleep-deprived insanity controlling me right now.


A zanpakuto. Or whatever DevCat's name would be for a spirit katana. No, not like in Bleach, but more like a Samurai character class type weapon. I feel this idea would work great for her, using the following gameplay:

Whether standing still, moving, or dodging, so long as she is not attacking, she rests her hand on her sheath. Like in Samurai fiction, slicing an opponent from her sheath gives her extra damage - but this is because, while she rests her hand on her sheath, she gets Soul Charges over time. A normal attack requires one charge and a smash attack requires a certain number based on which smash it is. She can also press and hold zero smash to generate Soul Charges faster, and if she holds a combo smash she'll start doing that bonus charge once her hand rests back on her sheathed sword's handle.

However, each of her attacks deals high damage. Rather than being a Speed character, she's more of a Strength character like this. Since the weapon's animations are almost instant and can be canceled very easily, speed won't be needed to counter animation time. She still benefits from attack speed due to fast attacks, but she's better the more attack power she has, and attack limit removal is one of many bonuses she's given through the next feature.

Every time she kills an enemy, she gains a Soul Count. This is because she's literally harvesting her enemy's souls. This count never decreases, not during nor outside of combat, and keeps stacking the entire Battle. As the Soul Count grows, its levels start granting bonuses. The more souls she collects, the better the benefits, from buffs to using her special attacks, which include things such as a dash that functions as spirit wings for speed while hovering (making it easier to hit flying enemies and hit high points on tall enemies), teleporting once hit like a ninja clone thing (though the clone becomes vapor instead of a log), and even an explosion-on-death ability (as in, she damages the enemy in a radius when she dies); but these require high Soul Counts, not to mention high SP, so they have to be used wisely with great split-second precision.

Her last ability, and the one that makes her viable in boss battles rather than just in mob waves, is Soul Swap. This 1:1 swaps her Soul Charge and Soul Count numbers. Since there's no limit to the number of charges and counts she can gain, this allows her to quickly gain the ability to do combos after killing many weak mobs while also charge while dodging in a boss battle until she can get enough counts up to unleash her specials and buffs.

Oh, and while she can't block, her slashes penetrate the enemy's defense, so it's useless for enemies to block. This means her enemies have to dodge her attacks if they don't want to get damaged by them.


Since she's already a charging and buffing character, I figured this would feel right on her. Plus, it gives something to players who have mastered pacing, like how spellsword is for those who have mastered the game's mechanics.