Vindictus Rep: 645
Posts: 30
Member
January 16, 2017 in General Discussion
Hello everyone, I just wanted to make this post/ idea collecting thread so that something positive may come out of it:

I've been playing Vindictus since 2009 and gaming as whole for many years prior to that, and the one thing I learned and have seen time and time again is that if there's a rift between new/ experienced players and no means of bridging the gap any game will suffer because they don't have the chance to see what the game could be and a chance to interact with experienced players for help/ questions or just a social experience. However, a solution to that would be what a few games I've played before have done well is to make weekly raid with very fun/ interesting mechanics that aren't purely gear based, but team work and all level of players interact to complete each boss in the raid and there's cooking bosses such as gathering food to summon the boss and then they trap him and so on, anything could be an interesting mechanic that all players can do level and gear regardless so that everyone is working together.

Also, I think a big reason to most new players not sticking with the game is because of the intensity and not a very clear direction on how these players can become better and know what they should try and be following to get better and enjoy the classes/ game-play. However, from personal experience I've always hated and stayed away from games that punished players for just playing/ trying to progress and advanced such as the Wilderness in Runescape in 2007 and such, I hated it because I didn't want to lose all the stuff I worked for, and I quit when I died then because no one likes losing things/ being punished for playing. Moreover, that transitions into Vindi's enhancing/ gearing process, I hate the fact that we can break our items from two very crucial aspects of gearing that you need to do in order even try to be relevant in-game. However, before people get upset and say it's always been like that and that's how the game/ economy is balance and built on; I'm 100% for a redesign on gear breaking where players are still punished and have to put time and energy and try to get better in order to progress without the severe animosity that comes with the chance of breaking items/ being punished, it's just not a good selling point to a games health in the slightest. Furthermore, there's many games out there that have a system of solid and consistent progression through time and effort but without the annoyance of; 'What if my items break and if it does, I'm done', that's personal experience over the near decade of playing Vindi, I've quit, but come back because I've put a lot of effort into it and I enjoy the game, but some aspects could be polished and severely cleaned up.

Therefore, I leave you all with the question of what do you think about a redesigned system or something along those lines and a new method of players of all levels and gear to interact and get loot/ mats/ chance at a fashion maybe or dyes, anything but that's up to the design team. Lastly, what are your ideas if you don't agree with mine or would like to improve/ build upon my ideas. Thank you for reading and I hope to hear from all sorts of players and levels because a wide pool of information and data would be the best to show the game designer that the player base is for this and it has a nice percentile of working because a lot of different players have given feedback. 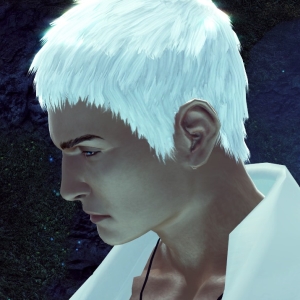