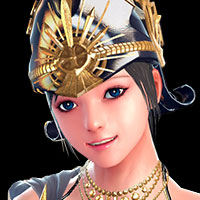 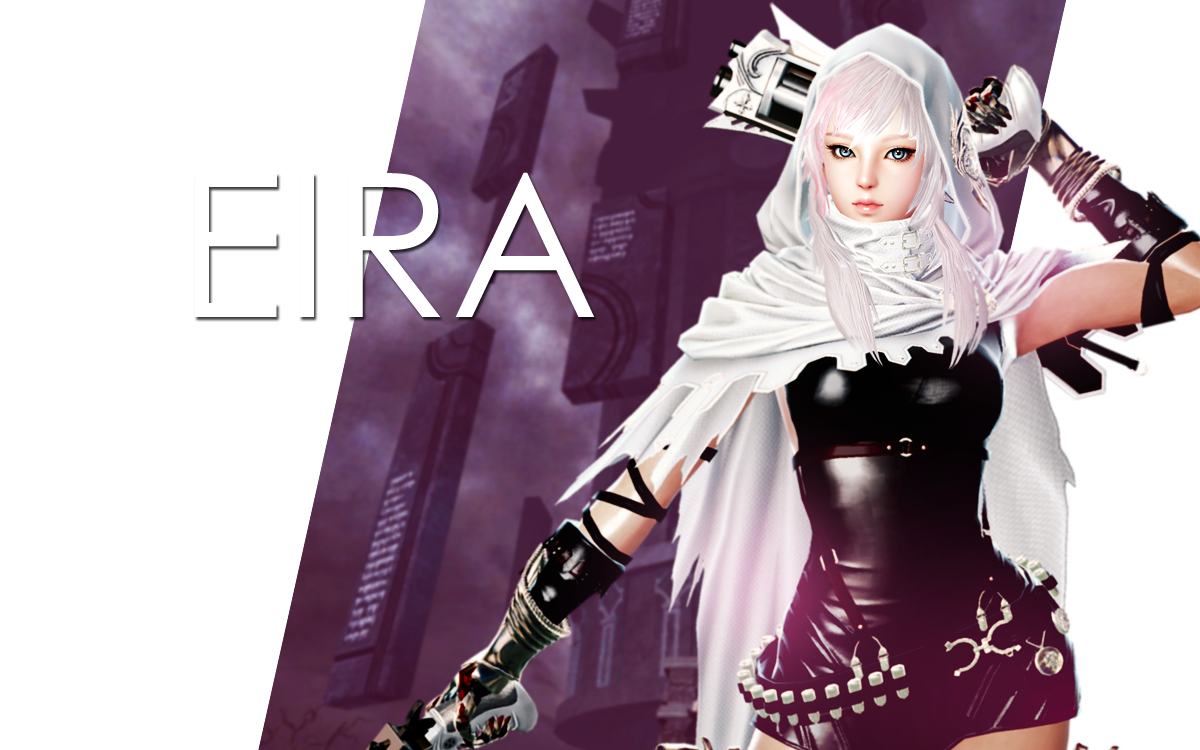 Eira is a very flexible and mobile character who can deal insane amounts of burst damage at close range or continue dealing damage at a safer and mid distance if the situation calls for it. This guide will cover all her important attacks and skills and provide an explanation to which ones you should be using and when.

The Bullet Storm Combo is Eira’s highest dps smashes. On a single target, all three smashes conduct a total of nine hits. The range also isn’t very high, you must be close to the target to land every hit.

All nine hits in total equates to an average of ~59k damage and generates you 52 mana. Landing every hit when using Bullet Storm out of Portal Leap is a net gain of 2 mana.

Warp Shot is the weakest of your three main smashes dealing an average of ~30k. The only advantage of Warp Shot is that it covers a lot of ground towards your target making it decent for dealing damage while chasing.

Disruptor Shot is a good alternative to Bullet Storm. These smashes have significantly more range and completes 20% faster than Bullet Storm making it better to use for fitting in between long boss combos and keeping distance. Landing both hits will generate you 41 mana, which is a net gain of 1 mana if used immediately with Portal Leap.

Inverse Shot can be used after any smash or active skill by pressing the kick button. Typically this skill is too weak to fit into a normal rotation, but it has its uses as a finisher for when there isn't time to perform any other move after a different smash attack. It can also be used as a method to get into Mana Munitions after performing a smash, useful if you need to gain some distance to make it easier for you to aim Entropic Rounds.

Portal Leap is the core of Eira’s gameplay. This skill has iframes and lets you skip into each of your important smashes quickly. Tab (default key) to enter portal and pressing Tab again lets you exit it early. Staying in portal for the full duration consumes 100 mana, exiting the portal with Tab as soon as you enter consumes 40 mana, and using Bullet Storm to exit consumes 50 mana. Portal Leap also consumes 0 stamina and can be used even while in tired animation.

You should use Portal Leap as much as possible to avoid left clicking and to quickly skip into your smash attacks.

Exiting Portal Leap early with Tab grants you true Iframes. A very important tool to have for Braha or dealing with Dullahan’s red wave spam during the last three bars. However your character must be fully inside the portal before exiting and it will take some practice to properly time.

Weave is your typical dodge. At Rank A, pressing Right Click after weaving will conduct a quick smash. I suggest leaving Weave at rank B to avoid using this extra smash. The difference between rank A and B is only .04 seconds of iframes and one stamina, however, being at rank B lets you go immediately into Mana Munitions after weaving.

Marks one or multiple targets (When Entropic Rounds land, there is a small AOE which can cause it to mark multiple enemies) and causes your attacks to be enhanced and deal 20% increased damage against the targets for 20 seconds.

Gravity Rounds cause any Boss standing inside it to take damage every .6 seconds for 8 ticks. Each tick of damage deals ~10k (20k Crit) points of damage and restores 20 stamina.

Fires six hits shots directly in-front of you with a very small range. Each hit of Flux Rounds generates you 6 SP and 29 MP. Flux Round’s damage is quite low, thus there is no need to use Flux Rounds as much as possible but instead only use it when your mana is low. Keep in mind, it costs 30 mana to cast so if your mana falls too low, you won’t be able to fall back on Flux Rounds as backup.

Phase Burst fires 9 spears directly in front of you. Each hit deals ~8.5k and cannot crit which means landing all 9 spears will deal ~76.5k making it slightly stronger than a full Bullet Storm combo. The best time to use Phase Burst is whenever you can land most if not every hit or right after finishing a Bullet Storm combo and there is not enough time to do another.

Chaos Warp works similarly to Portal Leap except Chaos Warp consumes SP instead of MP and the distance and duration of the warp cannot be controlled. In the same way, Chaos Warp lets you skip into your important smashes when exiting.

Chaos Warp should be used over Portal Leap in chasing situations, usually when the boss is too far away to for Portal Leap to be mana efficient or when it’d take too long to reach the boss without Chaos Warp.

Chaos Warp has true iframes throughout the entire animation, this means it can be used to dodge or go through red attacks. Notable attacks to use for include Neamhain’s red spear, Balor’s fire wall, and Agares’ red wave.

Self buff that lasts for 20 seconds. Generates a total of 120 stamina and 297 mana over the buff duration. Mana Phase is very important for resource management, I suggest using it whenever possible.

Infinity Shot has the upside of consuming less stamina and mana. The best times to use it is if you don’t have the time to fit in two rounds of Bullet Storm, if you can’t get close to the boss, or on multiple targets.
SP Cost: 500

Despite always having yellow numbers, it is still possible to enhance Quantum Ruin’s damage further with Entropic Rounds. You can also use your artifact while inside the portal for this skill too.

Werewolf Paw should be your Artifact of choice. Eira has a high enough SP generation to keep her active skills on cooldown throughout the fight making Cat Statue unnecessary.

Eira doesn't have much freedom when it comes to Skill Awakening. Your only option for almost all of your skills is Damage or Knockdown Rate in which Damage is the clear choice to pick here.

Chaos Warp is the only exception in which you can pick Reduced SP or Reduced Cooldown. For this skill, Reduced SP is the better choice due to Chaos Warp being a situation move giving you no reason to need to use it off of cooldown every time.