For minimum effort, just put it into the new Pet Daycare feature and wait a long time (online for 9d 19h 20m, can be AFK, assuming no treat/petting).
It is most effective to use petting on the highest level pets in your guild, and save treats for your highest level pet.

For most efficient, if you have lots of pets, put the lowest levels in the Daycare and Level your higher ones just from raids (since you should be doing them anyway).

If you have multiple low level pets, go into any place with lots of mobs (e.g. Treasure Hunt/A Friend Once Lost), kill some mobs, swap pets, repeat. All pets will gain Exp per mob killed while it is out, if enough mobs are killed, multiple pets can each level up at the end of the battle.

This is the summary, for more in depth details, read on.

If you do not want to grind Kraken and only do raids, you can summon your pet at the end of the battle to gain Exp.
If you are forgetful, keep an invincible pet out the entire time and when you remember to, summon your non-invincible pet in the last few seconds. This way you don't miss out on Exp when your forget.

Pets can only gain 1 Level per battle.
After leveling, excess Exp is carried over to the next level. At very low levels (<5), it is not carried over.
Exp is based on each kill. So you can summon your pet in the last second and kill a boss to gain all Exp from that boss.
Exp gained is scaled to your pet's level. The higher the level, the more Exp you will gain.
All pets of the same Level gain the same amount of Exp and require the same amount of Exp to level up regardless of Rank, Type, Species.
Your pet will only gain Exp from kills while it is alive. If your pet already has Exp from killing mobs and then dies afterwards and stays dead, he will still gain Exp from those mobs that were killed before your pet died.

You can use "-" three times to hide and show the interface during the screenshots at the end of the battle, then use "Forfeit and Return to town" to instantly collect items and gain Exp for a relatively significant time save for fast S2 runs.
For Kraken, after using the Ballista, you can click "Forfeit and Return to town" so that the confirmation message appears, then when the screenshots are being taken, hit Enter.
It is possible skip the Ballista after killing Kraken, to do this, you need to use a multihit move onto two parts of the Kraken to kill and there will be a small chance for the skip to happen. 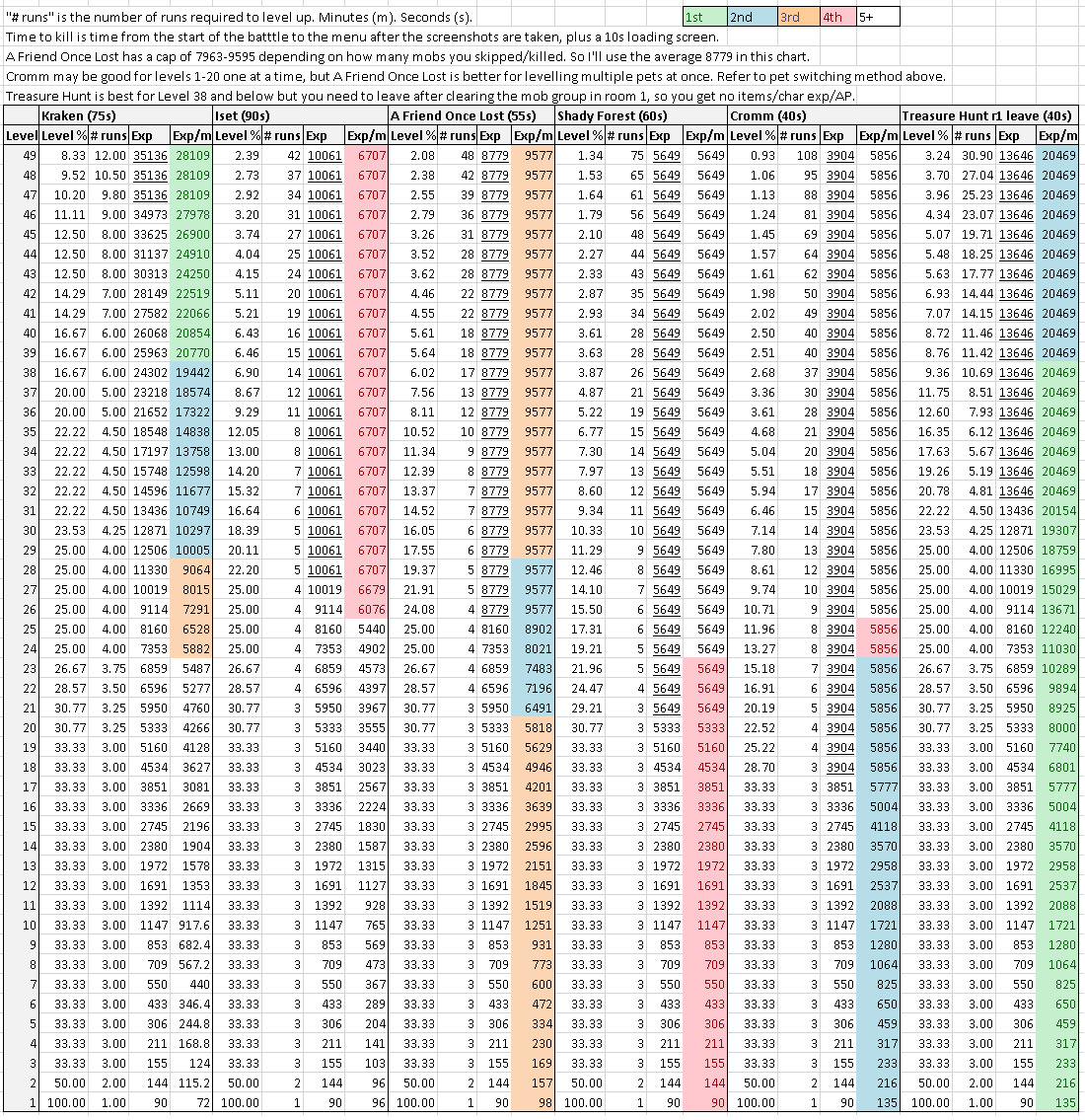 (Kraken/DC refers to how many times faster you gain EXP in Kraken than in Daycare.) 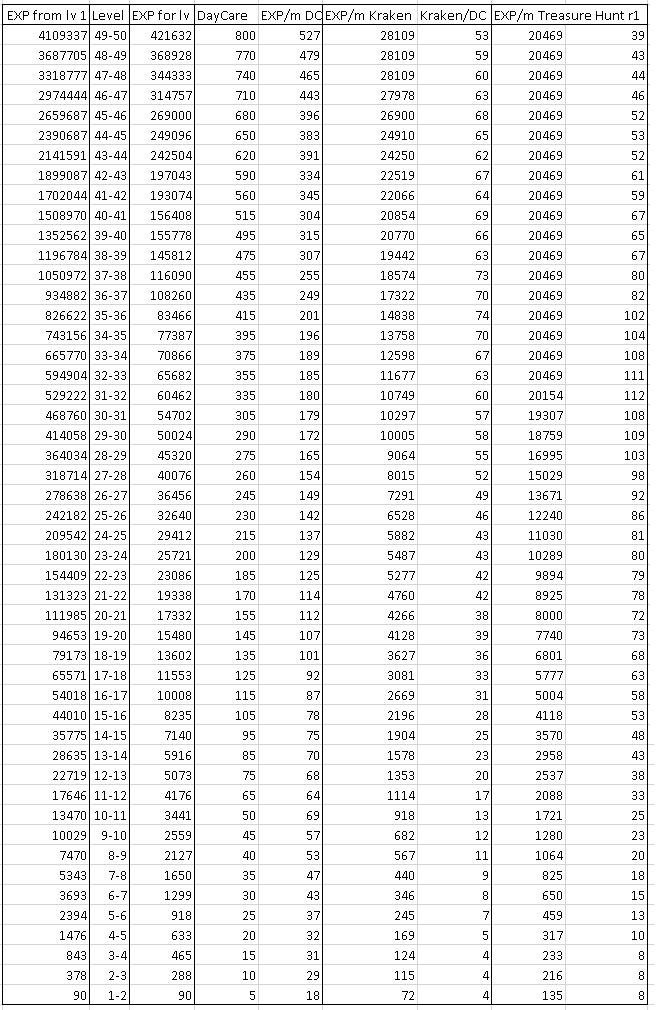 Treats give a set level percentage per treat, so save the treats for higher levels. (Regular = 3%, Superior = 6%, Exquisite = 10%)
Petting gives 2-4% per pet (approaches 2 at high levels). It is more beneficial to only pet higher level pets as it saves more time.
Daycare gives your pet exp while you are online. You can be active or AFK on any character on your account.

No one:
Literally no one:
Daycare teacher:

Our pets are in good hands