Rational for High Prices+How to Enjoy the Game

Vindictus Rep: 1,225
Posts: 40
Member
December 4, 2016 edited December 4, 2016 in General Discussion
If everyone else playing this game is like me and has both wondered and been appalled at the insane depot prices , I'd like to share with you all a potential sound reason that it is the way it is.

If anyone has tried any other mmos, you've probably noticed they follow the same design trends. For one, they are intentionally made to be incredibly easy. This makes the game more accessible to a larger amount of players. For two, the game appeals to as large and wide an audience that it can. MMOs now-a-days are targeted to a non-niche audience. Basically, they're for everyone. Why? More players-playing means more money-making. However, it wasn't always like this. Before the days of WoW, MMOs were designed for a certain type of player. A small targeted audience. And they catered to these player's needs wants and wishes. Ultima, Everquest, iRO, and so on. Not only that, these old mmos were successful. Before WoW launched, Ultima was in the Guinness Book of Records as the most successful online game. So successful they exist still to this day and some only recent started dying after the implementation of 'f2p'. Go figure.

I'm assuming you all probably have played Vindictus. It might be a shaky claim to make but Vindictus is one of those niche audience mmos. It was launched 6 years ago and in development for years before it even launched. Its very likely one of the last niche mmos to come out. It doesn't target a wide audience. It is not easy. It doesn't hold your hand at every possible moment. Vindictus was made for a very specific type of gamer.... us. It probably goes without saying that we are a small community compared to other f2p mmos because Vindi doesn't appeal to a broad audience.

So how does this tie back to the depot prices? Simple, few players means higher cost. The amount of spending Vindictus players is way less than say the number of players in Tera spending money. Reasonable prices are a risk were as whaling prices are a sure thing. Thus the high cost. Thus the gamble boxes. Thus the rng in favor of Nexon. To make comparable revenue that these other wide-audience f2p mmos do, this is what they have to do. Their hands may as well have been tied from the start. A low population can't sustain the game on a sub as 'The Secret World' shows. That mmo receives government funding. That's why it is still a sub game and not shutdown yet.

"But, why not have more reasonable prices? More people would actually spend money then!" Is probably what you're thinking. Setting the prices high has the desired effect of preventing players from getting everything they need for say $30 and then never spending any more. Essentially, they hope that you will continue to spend next month and the month after that before you finally reach that point where you have what you need, and that 'point' can be increased. It ensures a continued steady revenue stream. Whether this is actually better for business? I couldn't say. This method is probably just the most risk free for them as a company not to mention proven effective across the whole f2p mmo industry.

Many of us... myself included, look at these crazy costs and compare the value we could get with that same money on say Steam. What you may not know is that developing a full featured 3D MMO is THE hardest possible thing to do when it comes to game development. Not to mention that these games will all fail without continued support for who know how many years. This means having programmers and artists constantly working on bugs and new content. People to manage forums. Localization. Community Manager. Forum administrator. You name it. Employees on the pay-roll. The devs that made "Shadows of Mordor" for example launch the game, maybe patched it a few times after release to fix game breaking issues, and moved on to new projects. MMOs don't do that. They're kinda cursed by their very nature. If left un-cared for, they wither away and eventually die. In the end, you can't go, "For this amount I could buy 5 indie titles so this is stupid I quit!". There isn't a small army of people keeping those indie games alive for 5+ years. Even if you don't like a particular MMO, you probably should view its 'value' as slightly higher than that of a triple A. Try to view MMOs as quadruple A's or even quintuple A titles.

Lastly, here is the secret to not hating Vindictus... like niche mmos of the past, they were made to be long term time investments. Progression was slow and purposely drawn out over long periods of time. Progression in Vindictus IS slow unless you are willing to whale heavily to skip some of that time. It is a good thing that this is an option even if you don't agree with it. Your odds of successfully enchanting your armor in 6 months is far higher than doing it in 1. Wearing down a player's patience to wait is yet another f2p tactic to strong arm players to spend. People want immediate improvement for their investment and everyone has a breaking point were they say f-it and either spend $ or quit the game.

BUT! If you can resist the temptation and show some willpower, you can reach your goals in time and only spend money on cosmetic (or not at all I suppose). If Nexon didn't hold events were players could get runes for simply playing, this game would have died years ago and this reason could be why it is alive today. To their credit, they do give players a chance to snag c-shop runes for free. I Got 5 armor fusion runes, 9 months of hair tickets, 3 weeks inner armor coupons, 3 months VIP, 3 enhance runes, and 2 enchant runes from the G.O.L.D raid boxes in October and I didn't actively farm for them. Talking to the veterans in my guild, these guys have a surplus of these premium items from playing the game for years. Treat this game like a long term time investment and try not to get too upset when your scrolls fail. Keep grinding and keep playing. Join a guild and talk to your fellow players. Try not to pass judgement on the game in a month. The whole game is designed to be played longer than that. Even the c-shop. Have fun and make some friends.

I know I bash Nexon possibly too much in my posts here on the forums. I don't like the things they do, but I get why they do it. I suppose I only do it to encourage them to explore other avenues of revenues. They own the IP for this game. They could open an online shop for physical items like shirts, mugs, hoodies, figurines (they have the models for it already), and so on and fully control and limit the amount produced. Plenty of artists playing to create free artwork all over the world. They could also increase awareness of the game by setting up a booth at conventions to bring in new players and further sell item. Even if it only slightly lowered ingame costs, I feel a lot of us playing this game would appreciate the effort.


Thanks for taking the time to read all this! I do hope it helps someone to think of the game and the company in a less negative light and not be so quick to leave. 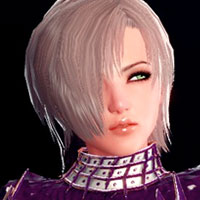 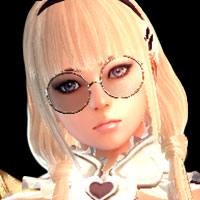 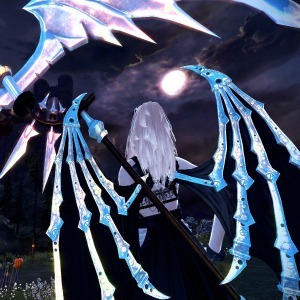