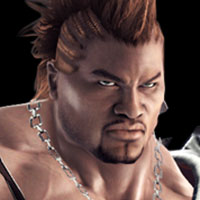 Vindictus Rep: 635
Posts: 23
Member
March 22, 2017 in Suggestions and Feedback
I was wondering that could it be possible to give loyalty reward for player's who have played this game for many years.
I have seen this on another game but its only based on loyalty of spending real money to the game. (not fan of this kinda loyalty)
1. Emblem of years had or played with same account (example played/had account for 1 year get you one year emblem and so on, also make you more easy to be considered as a trustworthy player)
2. Example you play 1 year and you want to buy 50 megaphone's cost 4.900NX so you get discount of something like 600NX and it would be 4.600NX. Play for 5 years you get like 1.500NX discount so it would be 3.400NX. Veteran player's would get discount on all item's in depot but, not too much ofcourse. Let's say you choose to buy with discount as a veteran, you can't trade or sell that item but, you can also choose to pay full price and be able to sell the item or trade it.
3. Luck on getting good item's in battle would increase based on your year's played. Older account get more luck to get item's easier than newer player's.