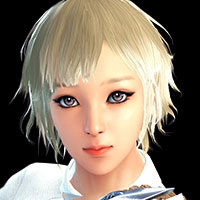 I'm creating this thread to gather all of the community's speculations and/or wishes on what you think would fit for arisha as a second weapon.
Personally, I think it should be something that would fit the character, while at the same time, compliment the game with something, or increase the utility of something that the game already has.

Like they did with Lann and Vella, by giving them the same weapon, but a completly different gameplay.

I've seen some posts in the past about what the community would like, and many people seem to find the idea of a magical whip thing a good choice, I personally would find it boring and lacking in imagination, but would be interested in it if they could make it a fun gameplay.

As my "Wishes" for her second weapon, I would go with 2 choices:

IDEA 1: Make her second weapon an elemental one.
Many things can be done with elements, Im just stating what I would like to see, not what I think is likely to come, one can dream can't he? xD
-Magical bow:
A magical bow that shoots elemental arrows(fire, ice,lightning, etc)

Pros of this weapon choice:
-Gives arisha a brand new magical abilities, as she learns the elements, a bit like Evie does, making her gameplay even more broad and fun, as you can choose to be an elemental expert, or a mana lord.
-Evie also learned new kind of magic when scythe was introduced, don't see why can't Arisha as well

Cons:
-Gameplay would be too similar to Kai, stealing his uniqueness in ranged gameplay

IDEA 2: Make her second weapon still based on mana, keeping her image of the "Mana Lord" and/or "Silver Witch"
There's a multitude of things you can do with this idea, as the magical whip, and so on and so on.
I for once, would like to see another character in the game use small shield and/or large shield.
Why? Because the worst thing you can ever get in a raid is a shield essence, or shield scrolls like Fresh, because they are so very poorly used, they sell for very cheap and makes me wonder why they made a R7 scroll for an item that only Fiona can use, while they made no other exception for other characters. IE: there's no R7 scroll for only twin swords or bastard swords, etc.
Basicaly, I believe this would be a good solution to recycle content, and improve the game while at it.

-Big focus + Small shield:
I don't think it makes much sense arisha going around with a large/giant shield, so she should only be able to use a small shield, unlike Fiona, making Fiona still the best tank in the game.
As for the weapon itself, I believe it would be fun for Arisha to wield a focus type weapon, but instead of using it as a support, use it as the main offense.
Why would Arisha need a physical shield if she can create a magical one(Mana Drain) while wielding spellsword?
Spellsword is a magical weapon with embeded magic on it, and Arisha can make use of this magic and her mana to create a shield, without it, she would need to use a different shielding strategy, a small shield seems to be a good choice to me.
As for the attacks, she could have various mana crystal things to throw, and shoot different mana lazers, etc. This is just an abstract concept I find would be fun.
Pros:
-Gives Arisha a different gameplay because it will be less based in Evasion techniques, as she won't be able to teleport or dodge
-Helps widen the use of shield in the game, making armorsmithing useful again

What do you guys think? Are my ideas lame? What are your ideas?