Vindictus Rep: 400
Post: 1
Member
March 22 in Suggestions and Feedback
The story is beginning when recently I start to farm S4 materials for my first Milletian weapon by playing multi-character in my account. Before that I almost get online on my main Eira only.

Kael, Vella, Arisha and Lethor, all of them are at level 100+. But among in that list, Lethor has worst survival mechanic.

The Lethor’s counter skills look cool and strong, I have to admit that. However, you must be good in timing to use her counter skills properly. This wouldn’t be a matter until you hit up S3 raids where you face very strong bosses with fast multi-hits combo attacks.

I don’t count myself as a pro, but I played Vindictus since the day it released with several break times, tried most of characters (except Miri), raise them to high levels, research their combat mechanics and how to master them well on internet/YouTube.

In S3 raids, I choose Arcana raid (Iron Fist) to do my research with all characters, since boss’ patterns are complex, fast, and hit you very hard.
I have no problems on all of my characters, even with characters which require aggressive timing like Sword Arisha or Grimden, I was still managed to deal good DPS because of their combat mechanics.

Only with Lethor which need you to be really good in timing. She is one of the shortest ranged characters in the game, and to play her right you should have to able to counter boss’ combo attacks. If you are unable using her counter skills and just spamming her common combos and then dodge from boss’ attacks, I think that play style would make people feel bore since it’d deal lowest damage to boss.

Agree that you can find some soloing videos on YouTube which show you of how noob you are, but I think it’s only for some of pro players, most of common players don’t have too much time to spend time all day to train their personal control skills with keyboard and mouse.

So here I give my suggestion to Vindictus’ developers to make a special skill that increases survival abilities of characters which have bad invulnerable frames (i-frames) to let them more familiar to common players/casual players.

Users have two options of play style:
1. Strong but need much efforts to keep in line
2. Weaker but need less efforts to just enjoy the game/animations

In this case, it’d apply for Lethor first.

Make a skill for Lethor:

Effect:
- Increase Lethor’s i-frames during Diamond and Tiger Strike (her counter mechanic) for a certain time. Similar as Risky wind of Sword Lann, you have to keep attacking to maintain the buff. I-frames should be around from 0.3 to 0.5 seconds, make it easier to trigger counter attacks.
- Increase Lethor’s HP and defense
- Reduce Lethor’s damage output as penalty (in the other words, it’s lower her DPS) 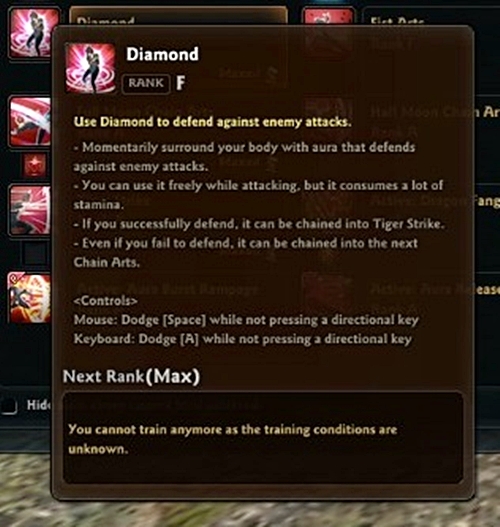 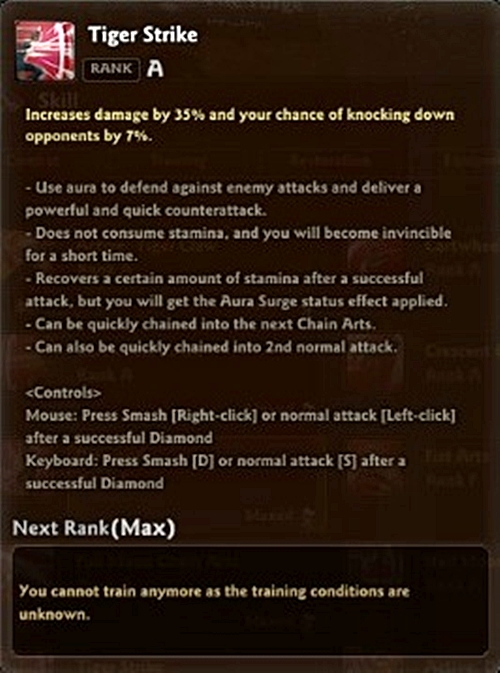 Comment:
From movements of Lethor I guess developers create some her skills based on Shaolin Temple’s martial art. So it’s the point.

First, once we talk about Shaolin Temple’s martial art, they have some skills to increase physical health/protect their body from impacts in a fight. Creating a special skill, to help Lethor withstand from crazy bosses, fits to logics of martial art in general.

Second, in Vindictus until now we don’t have any skills that increase survival abilities and reduce character’s base damage output. There’re only skills increasing damage output with some penalties.

Iron Shirt aims to common players or casual players whose want a simple play style at cost is having lower DPS. For pro players they will choose using Iron Shirt or not using the skill freely depending on their situations.

Botton line:
I started Vindictus since around 2011, at that time I was still young to have good reflexes in action MMOs, now there’re several years I will become a middle aged man. It’s the fact that when you get old your reflexes would’t come along with you as fast as when you were young. You will have many things to care about in your life and a lot of people will choose a simple solution instead of try hard with 0.1 seconds iframes.

I know each developer teams have their own tricks to keep the game balance. Personally I suggest to current Vindictus’ developers that your designing model of character should aim to let people free to choose the way they want to enjoy the game, between easy methods or try hard styles. It suits many types of people, from young to old, even woman can play every characters at ease.

Kung fu character is a long wait of myself. Hopefully Lethor will get revamps on her counter mechanic soon.