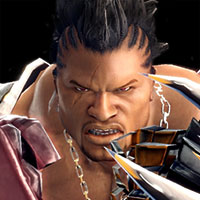 First time actually using the forum for other than checking on some updates and I decided, given that I have way too much time on my hands thanks to a pandemic (never thought I'd say that ^^;), for anyone and everyone, who feels like having a read. Just a quick note about me and this game, I've started playing when Thor in Season 1 was the last major boss and everyone grinded, stopped with the dragons updates, and came back with Season 2 and the big ass snake being the final raid, only having stopped shortly after due to study reasons. (I had a short return for S2, but, don't remember anything about it) I also have divided this into 3 categories: The good, The bad and The Questionable. Note: Take this with a grain of salt, I've only leveled one char towards the end of Ortel castle, (Lvl 72), so I am still missing out on a lot of content.

Early Leveling / Soloing
What I've really enjoyed as soon as I've started playing was the breeze you have when just, starting out a character and beginning your adventure. You don't have to worry about gear, because the game throws them in for you. This might be something I think of positive personally, because early on you jump levels so quickly you don't wanna bother with upgrading your stuff every 5 levels, which translate every 20 minutes, and when you don't even know what upgrades you have accessable, it becomes even more tedious to figure out, so I enjoyed that.

On top of that, I enjoyed that missions, that were raids before, like the red gnoll chieftain, laghodessa, irukul and so on were turned into normal missions, because it was tedious to progress due to having to wait quite a bit at times to just find a party. (Sadly this made something really bad, but I go into that later on). Also the idea to fight these things on your own felt like a test of your abilities, especially Irukul, as, for me, that one is the first "real" challenge in the game, making everything a breeze into at least something you have to pay attention to (In theory, but sadly, it wasn't TOO well executed)

Crafting Materials
To be honest, I had difficulties to put this into perhaps something towards "The bad". I miss having several misc items, like broken arrows, gnoll leathers, different coloured webs and several different, broken parts, that would craft into a piece of your own equipment. It added a lot of charm to the game, as you break stuff from your enemies, that buff your own character via equipment building. However, especially with the game having lost a LOT of players, this makes it easier to shop for items to buff your expertise, and I like that. Especially since it streamlines crafting as a whole, making it just less frustrating.

Unknown Area Raids
I love that, but mostly because it gives me a sense for the old game. You re-live raids, that are now ordinary missions, and every day it's a different one. It's kinda, cool. BAck then it used to be Elchulus and the other dragons week after week, and it was so boring to punch at the same beatstick every week people quickly stopped doing it completly more and more, because it was more of a chore, than anything else. Having it change every day, makes it kinda exciting.

Quality of life improvements
I love this. Especially re grinding a new toon makes this feel sooooo good. Not having to physically walk everywhere after your first character was, so, boring. Now you just click on the quest icons for the majority of times, skip dialogue that you already know, and keep on going. Add quick battle on with that, and leveling becomes so clean and quick that I've been having a blast just, playing (If it wasn't for something very obvious, but you'd see that later).

Also shared storage. That one is so neat, being to quickly share even some premium items from one toon to another within your own slots, feels good.

Guild house / Guild improvements
This one I like a lot, because it builds community, and ultimately, a game is more enjoyable for the most times, when you have people to talk to every once in a while, even if you are an introvert, and with all the buffs that a guild can actually provide, like extra loot and AP, on top of more bonuses, makes it a lot more appealing to join an established guild and have a community behind it, and I like that. I actually went out of my way to search for a guild that I found I could enjoy being in, which in my gaming career is rare since I usually like to stick to my own with a couple of friends, but the guild bonus is so good it's hard to pass up on it. I don't remember this having been such a good feature before, so kudos for having improved it.

Difficulty
This one I had a problem of writing, since it contradicts with what I said earlier, mainly that early raids have been removed and shifted to much later. I am happy for something like Irukul being reduced to something you're able to do on your own, but most of the stuff, including that, has been reduced to something that is TOO easy. I felt, disappointed. You see, you get hyped up for these bosses, some of them have really flashy entrances, and then they end up being, pushovers, and that's weird, but mostly just very boring.

This is especially true for me becuase there is no "Hard-mode" anymore. Now, I don't know why it was removed, because all that hardmode really did was giving you more loot and exp, on top of having tougher stats on the bosses, but even the regular NORMAL mode feels more like it was tuned down? Some bosses have many health bars, but some lose just 2 in a single full combo? Why? I've noticed this especially when taking actual damage, mainly, because I don't seem to be taking any when I get hit. Irukul, and I had a laugh when i saw that, dealt 150 damage to me, with gear that was outdated (Karok btw, if that has to do with anything). This is the same damage a regular ice slime dealt in the same area. Sadly I haven't gotten to try out hero mode, I am thankful it is still there, but the game feels like it's holding your hand in terms of punishment, as in, nothing feels very punishing, other than fall damage.

Fatigue system
Now, this doesn't suprise anyone, the forums is filled with people that will tell you how awful this mechanic is, when you wanna play. Admittingly, I didn't have an issue with it in the beginning. It doesn't sap much fatigue of you at all in the early levels, to a point that I didn't even recognize it much. I thought at first it was a GOOD system, because I thought if you were on a break, and returned, you have all these shiny buffs for you. The realization actually kicked in when I got into early Rocheste missions of S1. Because when you run out of fatigue, it means you can't progress, you can't grind, all you seemingly are able to do, is fishing, expertise and... waiting. This feels awful, because you get thrown with a ressource, that you seem to be able to mitigate majorly with something you'd have to pay for, and that feels even worse, because to the naked eye, I view this as a cash grab. I don't want to offer a solution on it, personally I'd be all happy to see it gone much like everybody else is if you look at the forums, as this is just an opinion, but this is something I remember from way back when you had a token system, which SINGLE-HANDEDLY made a lot of people just, quit, because being limited on how much play feels bad, no matter how much you spin it with goodies

It doesn't even make all that much sense in the first place, since making alternate characters don't share this fatigue with your other characters, so why have it in the first place? It's an almost pointless limiter, that adds frustration to wanting to play. Why is the game acting like a parent that tells you about restrictions when you shouldn't even really care much in the first place?

Bottom line of this, it's tedious and frustrating not being able to progress, when you have time on your hands, because the game refuses to allow you to, unless you are willing to spare some money, not being able to grind, in a genre that is notorious for grinding in the first place and LIVES with grinding as a key aspect. It doesn't make a lot of sense...

Expertise
This one just feels too random and inconsistent. I want to upgrade my expertise from scratch, and even though this isn't something maybe too many players will care about, it's a frustrating endeavour when RNG doesn't reward you. Why do I get a random 3 stat profficency increase on a 1 star item, but a 4 star item gives me 1 point? Why not be at least consistent with it? Also a lot of items have just been shifted to different parts, and this one is infurating. I wanted to craft the laghodessa pieces for a title, only to end up finding they are now in Tailoiring? While Spider lord is in armorsmith? Just, weird as hell...

Loot boxes
(Seriously, why.. This is actually so baffling to me that I don't even know where to begin. It's a shoddy thing, please. I get that you might saw the success it has in games like CS:GO, but it only does because it's at least consistent and feels fair, PLUS, you can actually still buy the items from a market, but in here, it seems like you're a bit out of luck. Why lootboxes, when you could make more outfits for bigger prices? Look at Path of Exile for instance: They have lootboxes, sure, but those are stupidly cheap, they are transparent, AND you can get the items directly if you are willing to wait longer, on TOP of cosmetics to get. YOUR approach, is just, awful)

Advertisement
I don't wanna be another person that calls this out as a "dead game", because while yes, the player base has signficantly dropped from last time I played this, I would be far away from calling this dead, because it keeps being updated. Then why aren't you at least advertising it? You do seem to have the money I am sure, and you are already on steam, why don't you give it an add at least there, on, you know, the LARGEST GAMING PLATFORM, we have as of right now that millions of players use? This just feels odd to me, because, I do frequent it, and it feels like even though you're pushing out new content, you don't put in a little "Hey guys, look, we are still there!", because while the graphics are on a lower level than today's titles, you offer a combat mechanic that feels pretty fun to play, so why not throw some out?

Please do that after you've thrown out Fatigue system though, because it's just another token system you had back then, and you already have the numbers on HOW MUCH that one failed...

Thanks for listening! I'll try to keep this more and more updated the more I am able to progress, so if you're interested, keep tuning by or drop your own opinion!
Log In Sign Up
Follow us on
Language
English