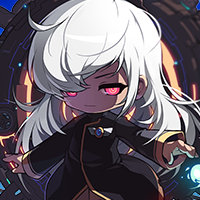 Vindictus Rep: 5,360
Posts: 733
Member
June 16, 2020 edited July 5, 2020 in Suggestions and Feedback
Sometime in 2013 or 2014, the KR server got an update that made almost all of the current hairs and inner armors at that time the same for all characters in the avatar shop. This greatly increased the selection for all the characters that were out at that time. For example, Evie could get Anchor Cut and other hairstyles that only Vella or Fiona had at the time. The same happened for inner armors with this update. I remember seeing Silver Fox inner for Evie as well in videos back then. We never got this update, but slowly had hairs and inners added over time. All the new characters that get copied and pasted over from KR have a large variety of hairs and inners due to this update, but the old characters still don't because the update was never given to us... All the newer characters have Anchor Cut, etc. and inner armors that the old characters still don't have, since they used to be exclusive to the str characters vs the int characters. Please give this update already or just copy and paste all the hairs and inners from Korea over to the older characters.