Vindictus Rep: 1,095
Posts: 16
Member
November 11, 2019 edited November 11, 2019 in Guidebook to Belle
As with every new character being released, you will want (or need) to level up a char quickly - the route to go is fairly obvious, but its effectivity depends on multiple factors, among them XP Buffs, Class, and People helping you level:

(2) Class - each class has fast ways of moving, clearing areas and killing bosses. For Belle, what worked best for me was :
Movement: Rushing River (holding RMB while running)
Clearing Areas: Deforestation (you start with a full stack upon entering a battle, allowing it to be used instantly, then every attack or dodge charges it, up to 5). Chaining it with a 2nd RMB after allows you to deal decent damage to bosses aswell.
Boss Killing: Rushing River to get into the area and on top of the boss, Deforestation together with LLLRR to deal a large amount of damage - and then cycling back to Deforestation.

(3) People helping you - While it slows you down in the earlier part of the leveling process, having people aid you on bosses later on dramatically changes your game.

Don't worry about attack or defense of the items you are wearing, what you do have to consider is the enhancement level of your items, regardless of their level (up to Lv90 that is).
Always use the highest-enhanced equipment you have for that slot - you get a +6 Golden Stag Set during Hilder Forest, and Hoarfrost Depths bosses can drop +7 Frost Peak Equipment - use that if you don't have the current Belle sets from the preregistration box (+10 Lv60), and use that up to Level 90 (where you get your +12 Lv90 gear). Reason for that is that additional damage highly influences your damage output, a LOT more than att or def do.


Based on these three factors, the route can also differ! The one thing that basically every route has in common is doing Season 1 Story until Level 70.
While you don't have to walk much with Story Progression mode (which you should definitely use), all other movement (to Rocheste's Gates, Army Base, Magician's Guild for Krunk, Colhen after Fomorian Base) should be done using Resenlian's Wings which you get as level up reward at Lv40 - it saves up valuable times if you want to be fast! 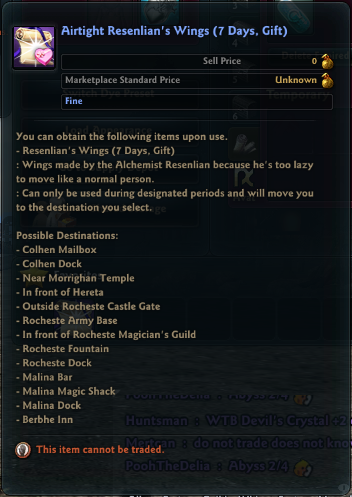 After you're done with the Season 1 part (Lv70 that is, no need to finish Season 1 or 2 unless you plan on playing her as main), pop your 100% XP Booster (from the Lv70 Belle Box), and head over to Malina to run S2 raids, starting with Lakiora, Kraken, Iset (leave it out if you don't plan on leveling it all in one day), Pantheum & Havan - those can be done starting Level 70.
Once you reach Lv75, move over to Annwyn (Crom, Enzo, Ulchas) or Juggernaut as fast options, Bark only if you have a carry with Cat Statue (Trans Spear on the front drill oneshots with over 3k add, having a Kai nuke a repair arm works the same way), and Lavasat (similar to Iset).

Depending on your helpers, timeframe and wishes, you should consider moving to Abyssal Arena as soon as you hit Level 90, as a single run with VIP, 15% xp boost and a 150% Booster can yield will yield you 67 to 72 million XP, and with Levels requiring 16 - 19mil XP (90-96), you jump from 90 to 97 in just two runs (or 90 to 99.5 in 4)!
If you don't have helpers, keep your time online limited throughout the next days after hitting Lv90, only to log on Belle to run the Annwyn / Misty Summit Raid Bosses, as they yield the highest XP per time spent.
The other option starting Lv90 is Autumn Reed Bed, a formerly storyline-exclusive boss in Season 3 - the battle takes less than a minute with Rushing River and the Lv90 +12 set, and yields you around 5.8kk xp per run.
XP Values taken from Lv70 S2 raids (Lakiora), Lv75/77 S2 Raids (Juggernaut), Abyssal Arena & Autumn Reed Bed, using 150% XP boost and VIP, without XP Bless or guild xp boost.

With that knowledge, it should take you less than a day to clear your way from zero to hero - and reach Lv100.