Vindictus Rep: 1,140
Posts: 28
Member
February 27 in General Discussion
What exactly is the point in banning people who are not in North America anyway? It's not like they're gonna take your jobs, lols.

Seriously, we've been very proud of the fact our guild is multi-cultural and international. We have friends here in Vindictus from Europe, Australia, Japan, Canada, and all over the world. You just banned at least 2 of my most honest and loyal guild mates. And one of them you'd just unjustly banned only a few months ago already, then apologized and re-intsated his account. I even made a forum post to thank you for doing the right thing. He is the most loyal and honest person I've ever met online too, and the other guildie is his irl friend he grew up with, and is also just an all around great guy. These are my very good friends, and very good friends of many others here too.

But even beyond all that, this is still just absurd. These people help keep this game alive and you just banned them for no better reason than they have brown skin. Please stop killing the game (and your own profits). You're ruining it for everyone, including yourselves. 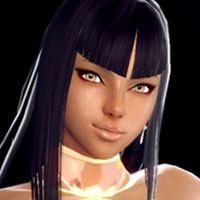