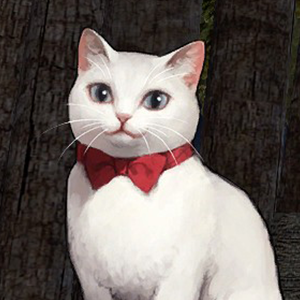 Vindictus Rep: 1,385
Posts: 28
Member
October 27, 2016 edited October 27, 2016 in Karok
Hello guys, I thought it would be a good idea to port my Pillar Karok guide over from the EU forums. Since the skill names are different for NA/EU, I would appreciate someone from NA translating the EU skills to NA ones so that I can adjust them in the guide for both regions to understand.

Introduction
Do you like smashing things? Do you often find yourself being that one guy in the boat that always destroys all the crates, pumpkins and barrels? Are you sick and tired of being a skinny, small, insignificant peasant? And most of all, do you enjoy utilizing a diverse set of never-ending combos? You're at the right place. From unarmed combat to complex, long combo chains, Pillar Karok has it all. It might seem overwhelming at first, but once you memorize his skillset, prepare yourself to be amazed by how fun this fat ball of muscle can be!

Before we start
In this guide, only combat tactics will be explained. This is NOT a gear guide, or a skill levelling guide. The reason being that you can get AP really fast nowadays, thus levelling skills in a particular order is not really necessary anymore. When I have time; videos, skill icons and misc descriptions will be added.

Basic Skills
In this section I will explain the very basics of the basics, which include Karok's zero, first, second and third smash.

Whale Bomb (R)
Karok's zero smash. Headbutt. Do I need to tell you more? I will later.

Lion crash (L-R)
Karok's first smash. This smash can be executed by smashing after the first normal. Lion crash is an incredibly useful skill. Since Pillar karok does not have high attack speed, this smash works really well in situations where you're dealing with small, fast bosses or mobs. It also has a lifting effect. Lion crash can be used to trigger absorb and pillar counter, which will be discussed later.

Bison charge(L-L-R)
Karok's second smash. This smash can be executed by smashing after the second normal. Bison charge is where all the fun is at. Nothing feels more satisfying than charging through a cluster of mobs while simultaneously breaking every bone in their body. Bison charge is a really useful smash that can be used to deal damage while moving forward. Since the revamp, bison charge also does quite a lot of damage.

Mammoth Sweep(L-L-L-R)
Karok's third smash. This smash can be executed by smashing after the third normal. Mammoth Sweep is a buildup to some harder hitting smashes, that will be discussed later. Besides building up to bigger smashes, mammoth sweep can also be used to absorb a hit with Absorb shock. ​

Extended Basic Skills
In this section I will explain the extended smashes that Pillar karok has, which can be used after his basic smashes. This does not yet include the general smashes like dropkick and jumbo pounce. They will be discussed later.

Whale Bomb 2(Whale Bomb-L(repeat))
Headbutt's additional smashes. These are swift swipes with the pillar that can be used to quickly absorb incoming hits. Damage is not really significant.

Warslam (repeatable) (Whale Bomb-R(repeat))
Headbutt's other additional smashes. These are swift stomps with the pillar that can be used to chain into other smashes or skills. Will be adressed later.

Dropkick (Press "kick button" after specific smash)
Another additional smash that Pillar can use is Dropkick. Dropkick is a very situational smash that cannot always be used. Just like Mammoth Crush and Crash, Dropkick has two hits. Try hugging the boss when using it. Here is a list of compatible smashes for Dropkick:- Bison Charge- Pillar Charge (When getting the animation after a certain amount of time of running) ---> Note: You do not have to activate Pillar charge to use dropkick. This is optional.- Warslam's additional hits ---> Note: Does not work for the first warslam

Pulverize/Pulverize Blitz (Rightclick after specific smashes)
The final two additional smashes that Pillar Karok can use are Pulverize and Pulverize Blitz. Pulverize is a medium-hitting skill that hits twice. Pulverize Blitz is a follow up of Pulverize. Blitz hits the target three times and does nice damage. There are some gimmicks to Pulverize which will be explained later. Here is a list of compatible smashes for Pulverize:- Lion smash- Bison Charge- Drop Kick- Mammoth Crash

Absorbing and Dodging
To survive in battles, you either need tons of graces and merc pots, or the ability to dodge/negate damage. There are four ways for Karok to dodge or negate damage.

Getting out of the way
This speaks for itself. When your stamina is running low, it's best to simply step aside to avoid damage.

Invunerability Frames
Invunerability frames are animation frames that render it's user invunerable. When a play is invunerable, he can not be hit by attacks. There are three ways for Karok to become invunerable for a short time:
- Transform animation
- SP: Earthquake
- XE move 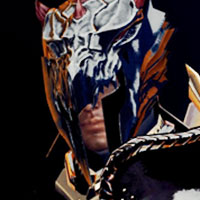 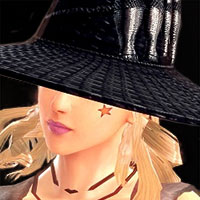 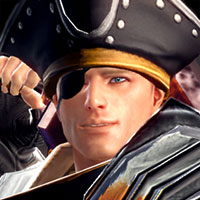 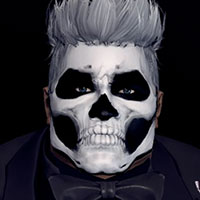